Start of construction for Maasvlakte 2

The Rotterdam Port Authority commissioned us to develop and realise a creative concept for the spectacular symbolic start of the construction of Maasvlakte 2 and the naming of the ports by Queen Beatrix. Immediately after their arrival, the guests were treated to their first surprise; they were asked to surrender their shoes and put boots on! Built just for the occasion, the tent afforded a beautiful view out over the North Sea, where three dredgers sprayed sand just off the coast. It was an impressive sight to behold. Entering through two airlocks, the guests then ended up in a 30 x 30 metre black box that contained a layer of water. While the guests, including Queen Beatrix, stood in this water wearing their boots, the show began. It was a spectacular total experience including a 12-minute film, featuring a boy called Bram talking about how important the new Maasvlakte, which was projected onto a backdrop of eight large image projection screens, plasma screens and two large Holopros. Combined with specially composed music and unique light effects, the total experience was a true feast for the eyes and ears. At the end of the film, Bram gave the starting signal for the ‘rainbowing’, as this type of spraying of sand is known, for the new Maasvlakte. All the water (200 m3 worth ) ran out of the tent, and a model of Maasvlakte 2 became visible. The ‘real’ Bram walked into the tent at that very moment to help the Queen perform the honours of naming the new ports after her own grandchildren. 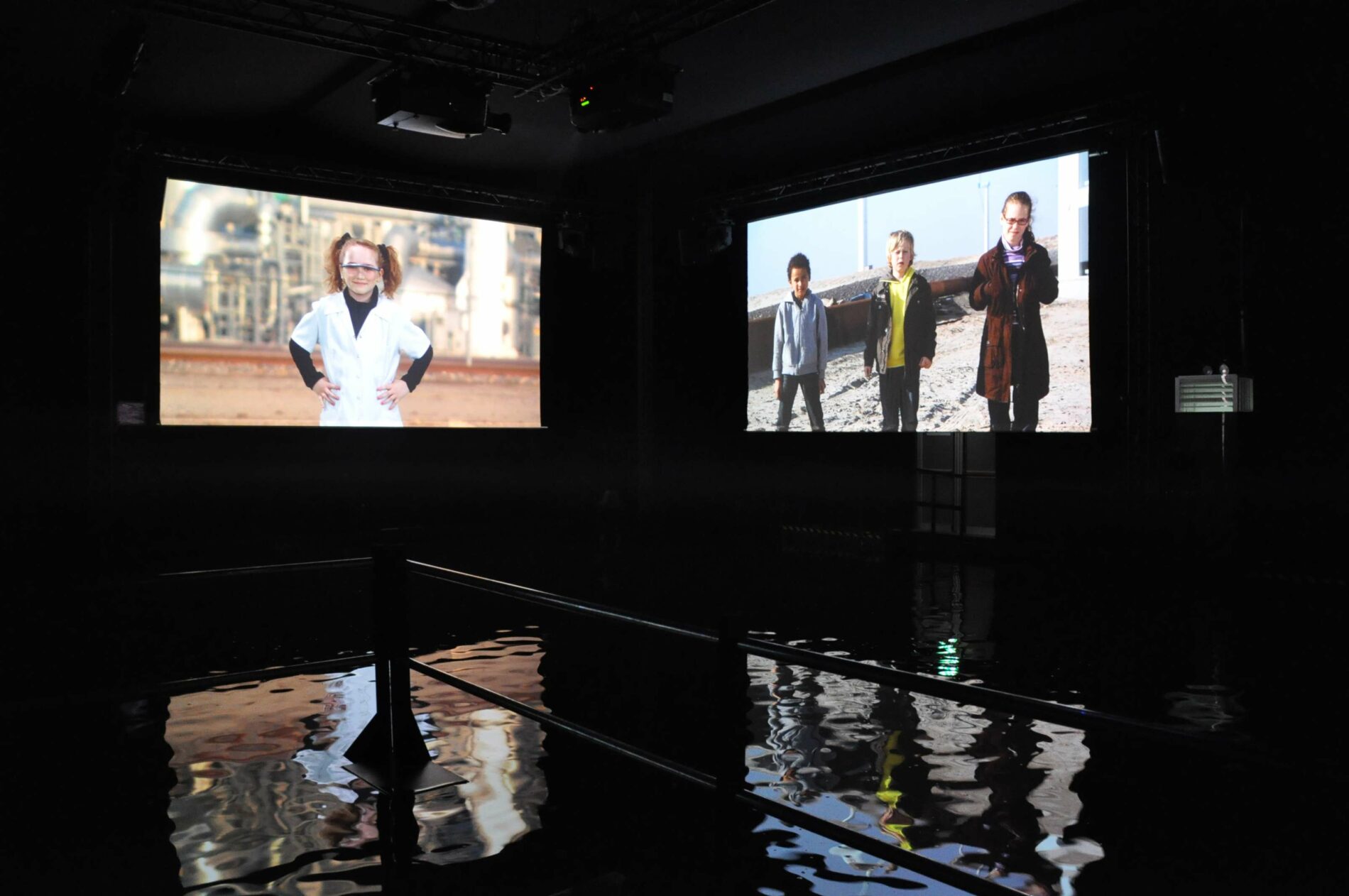