Commissioned by the Rotterdam Port Authority, Boskalis and Van Oord, BIND devised and realised the creative concept for the festive ceremony to mark the closing of the Second Maasvlakte. Our starting point in this project was that all the elements involved had to contribute to the collective realisation that the closing of Maasvlakte 2 meant that a new chapter in hydraulic engineering history was being written, and therefore also in that of the Netherlands. The concept that we developed consisted of ground-breaking visual elements, physical activity (cranes, boats, bulldozers) and music. This included projecting a film onto a long row of sliding panels in which ordinary people communicated their genuine and authentic feelings about what this expansion of our country meant to them, and showed their amazement, awe and emotion at this powerful example of hydraulic engineering. After the film ended, the panels which had separated what lay in front of and behind them up to that point, slid apart, revealing a spectacular view of the coastline. Historic image materials depicting our national hydraulic past were projected onto screens that were suspended from cranes on the sand flats. Queen Beatrix then gave the sign, performing the official honours, and the closing of the last ‘hole’ in the Second Maasvlakte was begun. Not only were the guests witness to this historical highlight, but television viewers in the Netherlands could also follow the closing ceremony live thanks to the NOS. All the national news programmes opened with the story that day, and international media also provided complete coverage of the event. 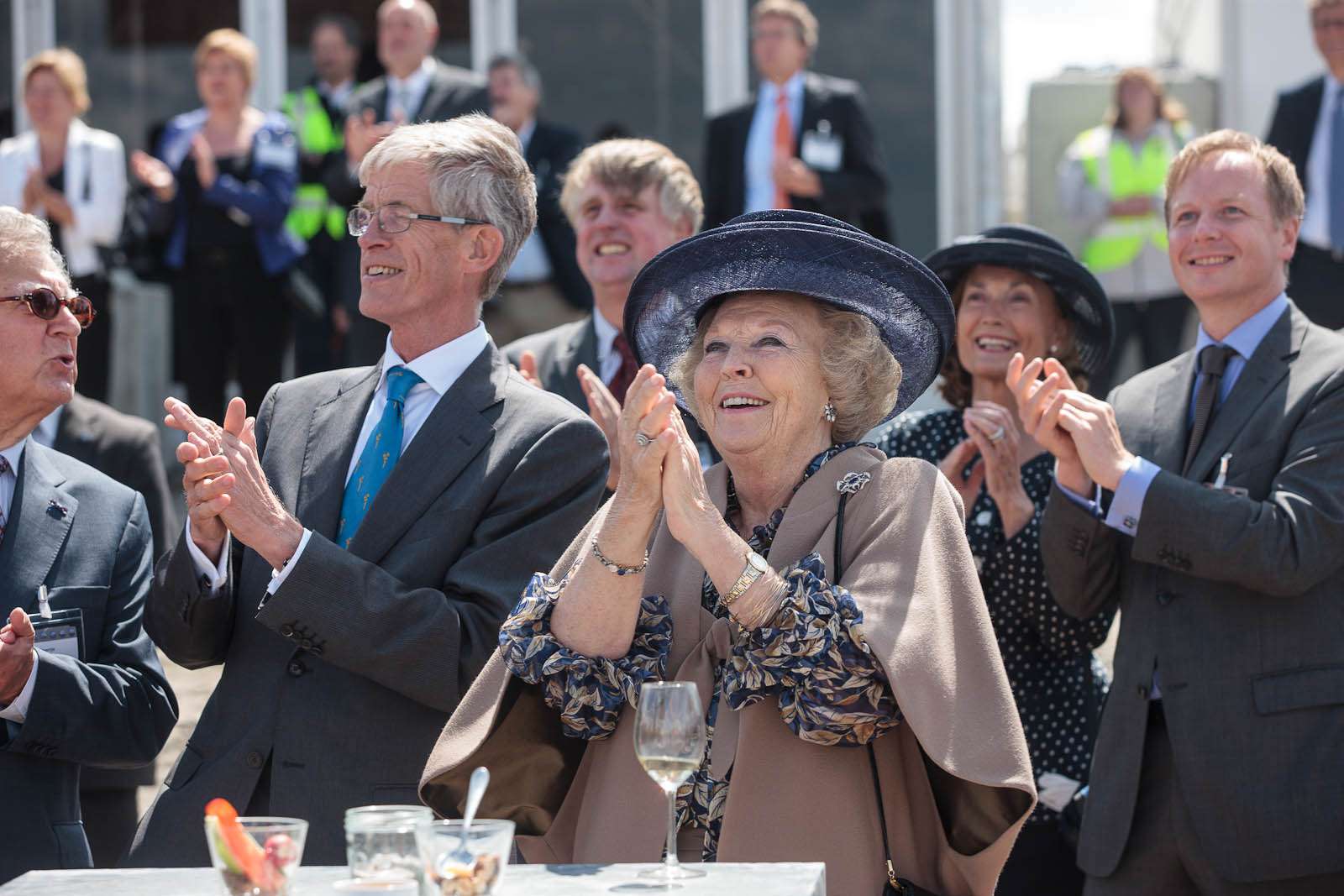