Son of Mine (original title: Gluckauf) is a gripping social drama about the oppressive relationship between a father and a son, who as modern outlaws struggle to survive in the neglected southern Dutch province of Limburg.

Gluckauf (the miner’s greeting for a safe return from the deep) is the first artistic feature film of director Remy van Heugten and is fully spoken in Limburg dialect. The film is based on Remy van Heugten’s personal experiences, who grew up in this picturesque, yet poor region of the mostly rich Netherlands. A place where the social and economical consequences of the closing of the coalmines, many years ago, are still very much felt.

Lei, descendant of an unemployed coal miner, is an aimless man in his fifties, living a hand to mouth existence. When Lei’s son Jeffrey discovers that Lei has a long-drawn debt with Vester, a charismatic crime boss, he does what every loving son would do: he reckons his father’s debt as his own.

A BIND production in co-production with VARA broadcasting. Developed within the context of De Oversteek, and with the support of the Netherlands Film Fund, Mediafund and CoBO.

Showing in theatres starting on 29 January 2015. Re-release 8 october 2015 in 22 cinemas because of being the grand winner of Netherlands Film Festival. 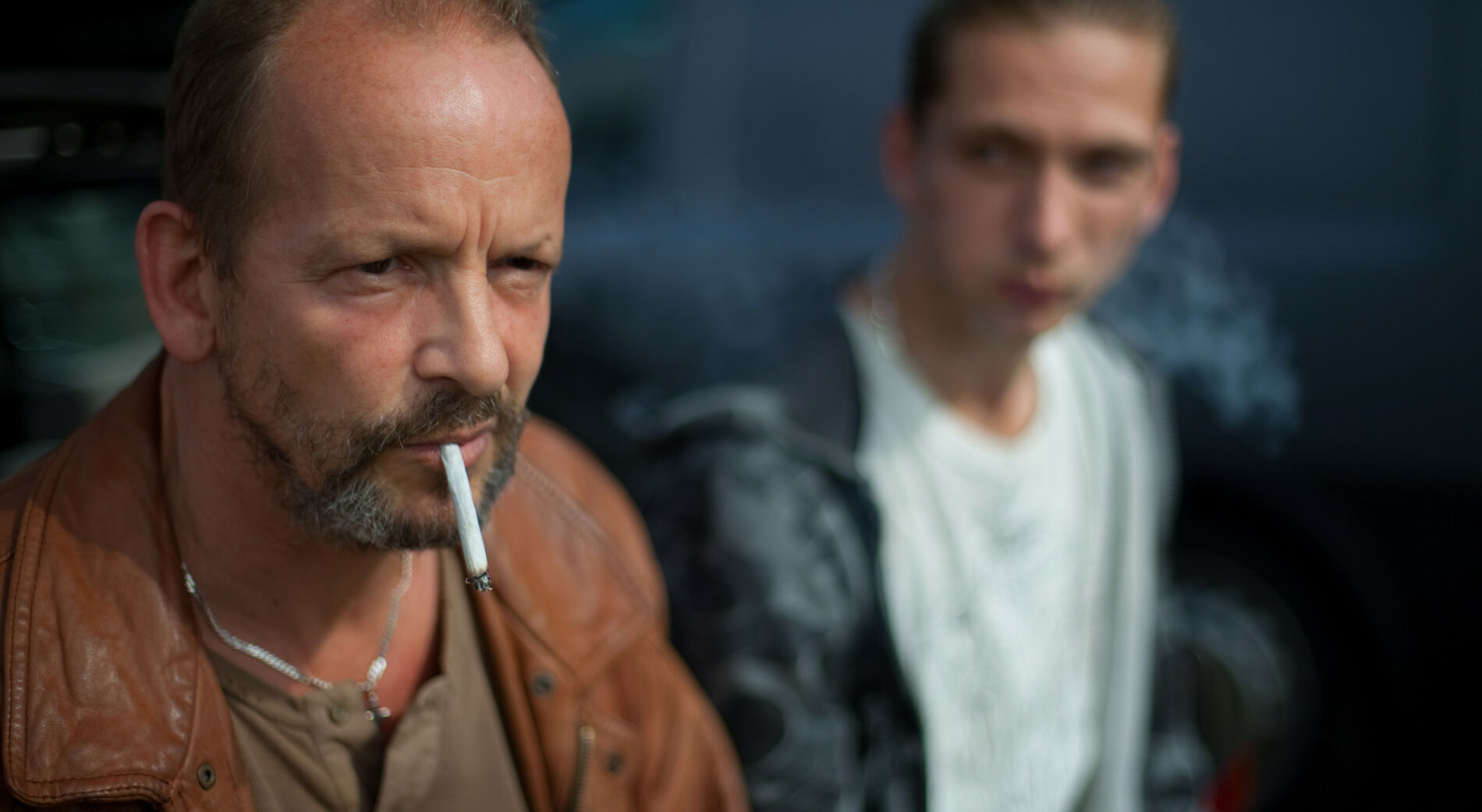